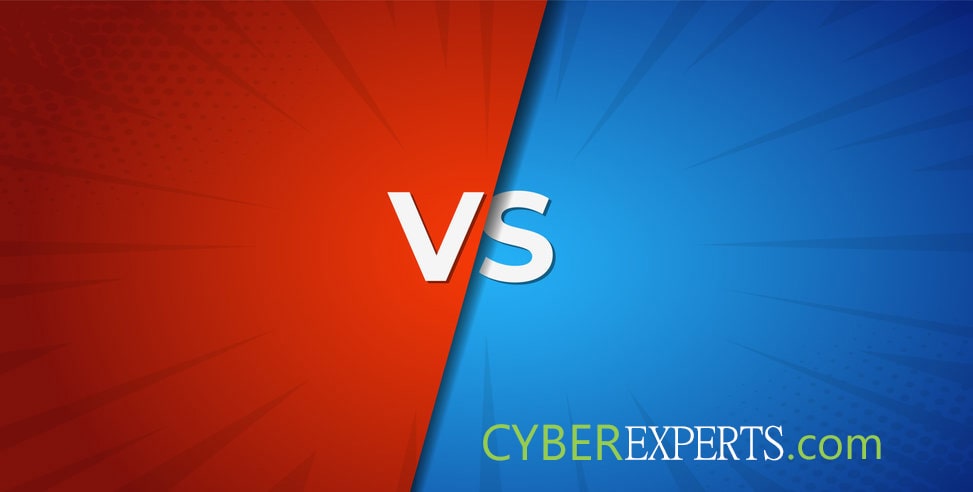 Be it a small organization or a large one, one of the most efficient and effective ways to detect system or infrastructure vulnerabilities and to prevent potent attacks is by employing red team and blue team strategies.

A red team is an offensive team that conducts penetration testing and vulnerability assessments tests to detect any risks or vulnerabilities in a system. A blue team is basically a response team that reacts and responds to the threats swiftly while upholding the organization’s defense.

Despite the differences, the red team and the blue team have a common goal that is to secure the organization’s security.

To access the strength of the organization’s existing security system, simulated cyber-attacks are used. This exercise is called the Red Team/Blue Team exercise.  It helps identify the areas in the system that need improvement in a low-risk environment.

Inspired by army training techniques, this exercise is designed to have 2 teams, team red on the offense and team blue as a defense.

The teams comprise of highly trained cybersecurity personnel, the red team is tasked with simulating real-world adversary scenarios in an attempt to compromise the system security and the blue team works within the system to try and identify, respond and prevent the breach in the security firewalls.

These real-time exercises are vital in strengthening a system’s cybersecurity barriers. By engaging in such exercises, organizations can continuously evolve their system security based on their weaknesses and real-world attack techniques. It helps organizations identify,

Weak points in the security system- people, technology, or systems

Areas that require improvements throughout the process chain

Preparing an action plan to help systems respond to the threat.

In the simulated cyber-attacks, the red team acts as an adversary comprising highly-trained security professionals or ethical hackers tasked with identifying and exploiting the weak points of a system’s cybersecurity.

The attacks are designed based on real-world hacking scenarios focused on penetration testing. The team tries to enter into the system through weak points in processes and technology or by tricking or stealing user credentials.

The aim is to enter and penetrate into the system as deeply as possible, accessing confidential data without being detected. Based on the outcome of the attacks, the red team then makes recommendations on how to strengthen the system’s security.

The red team will use any means or tools to exploit weaknesses and vulnerabilities in your system. The examples of red team exercises include:

Social engineering: In this type of test, the tester persuades or tricks an internal member of an organization into disclosing his personal credentials, which allows the tester access to restricted or protected data.

Using intercepting tools: Tools such as packet sniffers and protocol analyzers can map a network and intercept the flow of data through the network to gain valuable or sensitive information.

The blue team is the response team which comprises security professionals who guide the IT team of the organization on where and how to strengthen the system’s security to stop or prevent cyber-attacks.

The IT team is then tasked with the responsibility of maintaining the system network against any cyber-attacks. The blue team gathers all the information that needs to be protected and conduct risk assessments.

They then identify the key aspects that need to be protected and suggest or strengthen those areas’ security. They also recommend monitoring tools to check for unusual activities and conduct regular checks. Many consider prevention to be the best way to address cyber-attacks.

However, detection and remediation are also equally the three most important aspects of cybersecurity. An organization’s ability to quickly detect, access risk levels, and eject adversaries will prevent the loss of any sensitive information.

In addition, conducting regular team exercises will ensure that the security system is UpToDate, and all weak points are addressed timely.

Performing digital footprint analysis to track the activity of the users and detect anomalies.

Securing the endpoints of the system so that there is no data breach.

Proper configuration of servers and network security system so that there are no lapses in authentication and user verification.

Ensuring network segmentation so that the attackers cannot move laterally in the networks by keeping the compromised system as a pivot and preventing a data breach.

Analyzing logs and memory to check for suspicious activities and to identify risks and vulnerabilities.

Ensuring a robust firewall is used and securing systems by using strong anti-virus and anti-malware software.

Having a good recovery and disaster management system wherein the incident responses are filed swiftly and a combination of measures are taken quickly to thwart the attack or minimize the damage.

Develop remediation policies to return systems to normal as soon as possible after a breach has taken place.

To ensure that the organization’s software is all patched and updated to deal with evolving attacks.

There are many benefits of the Red vs. Blue team exercise. The red team vs. blue team strategy has two different approaches and enables the organization to benefit from two different approaches, thus gaining two perspectives on their network security system. The red team identifies risk and vulnerabilities, whereas the blue team ensures that the defenses are strong enough through constant monitoring. Having this strategy helps the organization improve its security posture by finding gaps and filling those gaps through appropriate measures.

Cyril has a solid foundation in the Information Technology and Communication industry with over 13 years of experience. His expertise lies in Information Security, specializing in network, web, and mobile applications, and cloud penetration testing across various industry domains like banking, insurance, energy, telecom, IT products and services, and others. He is well-versed in penetration testing methodologies including OWASP, OSSTMM, and PTES. He has a solid understanding of the technical concepts of cloud computing, machine learning, and various programming languages. Cyril is a visionary and strategy-builder, has good communication skills, and is great with managing teams. He has founded and currently leads SecureTriad, a Penetration Testing Services Company.